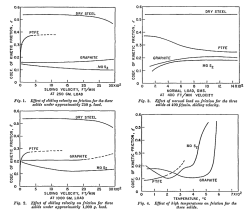 We have already covered two of the four most-used dry lubricants: MoS2 and Teflon. In this article we’re going to discuss the benefits and uses of a third one, graphite, and its use at Xenum in graphite oils and additives.

This crystalline semimetal is the most stable form of carbon (C) in standard conditions. Graphite is extremely popular in many industries thanks to its combination of metallic and nonmetallic properties. It is both a thermal and electrical conductor while also having great lubricity and high thermal resistance.

Alongside molybdenum, graphite is the most used solid lubricant so it is easy to make a comparison of the two. However, each one has its own uses.

Graphite vs Molybdenum vs PTFE

In the article “Graphite, Molybdenum Disulphide and/or P.T.F.E.?”, Industrial Lubrication and Tribology from 1963, these 3 materials were compared. Of course, modern tests can give more accurate results but, even the test doesn’t demonstrate anything beyond their physical properties, it still preserves its validity.

The results can be seen in these graphs: 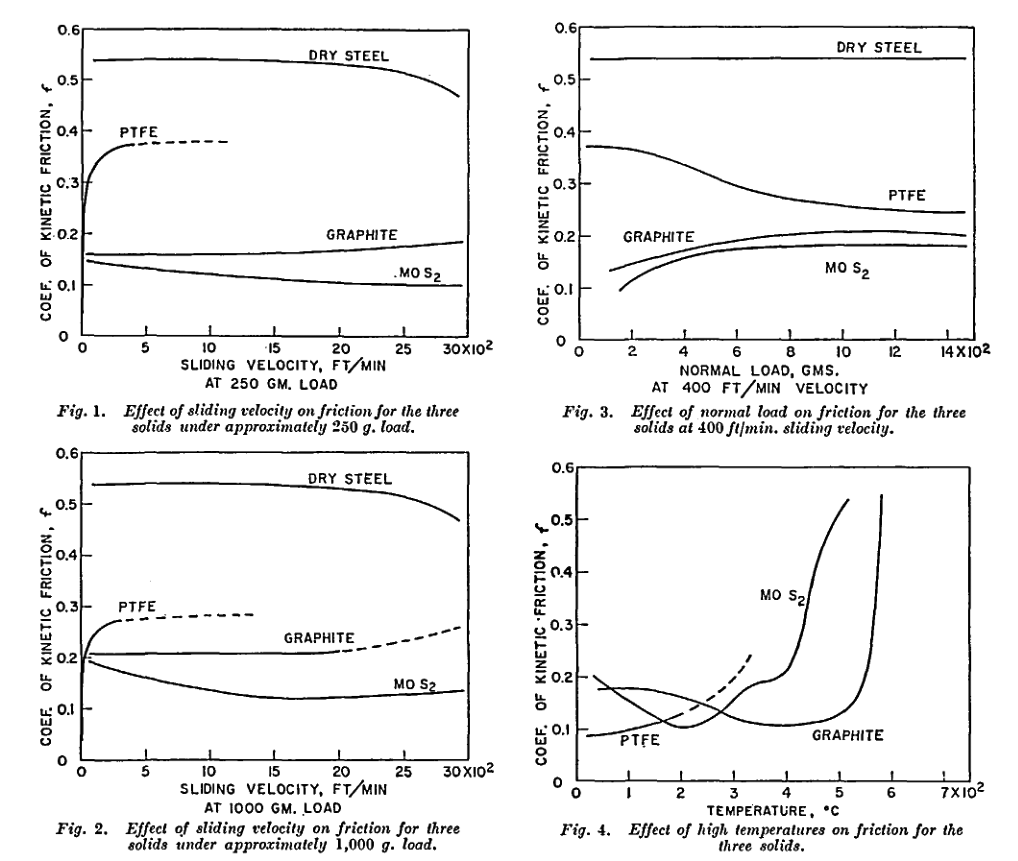 As you can see, graphite shows stable behaviour while undergoing speed, load and temperature changes. Looking at the graphs however, we see MoS2 consistently at the bottom of each graph, therefore a quick conclusion might be that MoS2 achieved better results.

However, we need to view the results in perspective. We already know how the engine oil circuit works. Remember that the temperature of the pistons in an engine can reach over 600ºC and they usually run at between 0 and 30 m/s. At this point MoS2 starts increasing its coefficient much faster than graphite as the speed increases.

That’s why, depending on what is needed at the time, one may be a better fit than the other.

In the molybdenum article we saw how we always use organic moly in combination with graphite in Super G and MG Gear. It takes advantage of the properties of both materials to create great oil additives.

However, when we created our own oil from scratch, we had a different idea of how to use graphite.

Our GP premium oil line consists of high-tech base oils and 1µ diameter hexagonal carbon particles mixed together in perfect proportions. They allow for fuel savings (3 to 5%) and power increases (2 to 5%) thanks to reduced friction. They also significantly reduce engine noise.

Don’t forget to subscribe to our newsletter to receive regularly articles discussing our products and technologies. Next week we will talk about our crown jewel: ceramic. Don’t miss it!