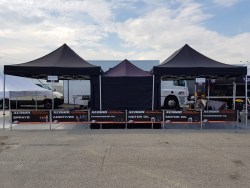 Joachim Wagemans Rally Ream has won his second consecutive TER2 trophy. The 24 years-old Belgian driver participated with both a Peugeot 208 R2 and a R5 in the 2 last races. He had a chance to secure the 2018 TER overall until the last rally in the Rallye International du Valais. The season leaves us... View Article